delaPlex has allowed us to stay highly competitive…

“delaPlex  has allowed my company to stay highly competitive; to stay on the cutting edge with our software to meet the fluid demands of the TV broadcast industry.” 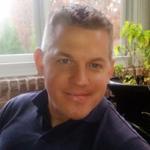 Video Technics developed innovative technology to empower file-based, digital workflows for collaborative media production and automated playout solutions. Customer-driven development resulted in a wide array of products with rich and robust features. Video Technics was proven to be very strong in product design, software development, marketing, and customer support, and was a pioneer in file-based solutions which allowed media broadcasters to switch to ubiquitous IT technology. There were approximately 100 sites installed, over 700 channels of video server sold, and over 1200 seats of software installed around the world. The Apella™ Video Server was a mature and robust product that had been field-proven in many different mission-critical applications. The company was acquired by a leading broadcast systems developer in 2013.